With all the snow gone from my terrace, it's making me feel a little more like planning where I'm going to grow all my goodies this year.

I have already ordered and received all my veg seeds - went a little mad due to the increased growing space I'll have with the purchase of a new raised bed frame and extra troughs - and mentally plotted it all out before I ordered so I'm sure I'll get it all in. 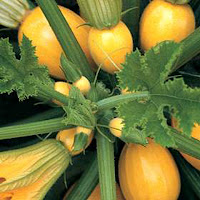 I've had some limited success with growing butternut in containers. I say limited because I've only managed to get 2 butteruts from any one plant. So this year I'm going to try what seems to be a new variety of pumpkin which is supposed to be ideal for containers.

It's called Summer Ball and has the added advantage that you can cut the fruit when they are very small and use them like courgettes, then leave some to mature into pumpkins. Hopefully I'll also get lots of the flowers which can be deep fried. 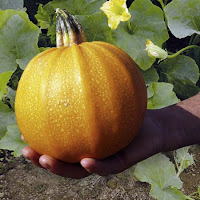 So, all-in-all this is a great choice where space is limited as you're not taking up an area or container with a plant which only produces crops late in the growing season.


The seeds can't be sown until April (indoors) but I'm looking forward to growing this new variety and will, of course, report throughout the coming season on how it goes.
Posted by Plum at 10:12